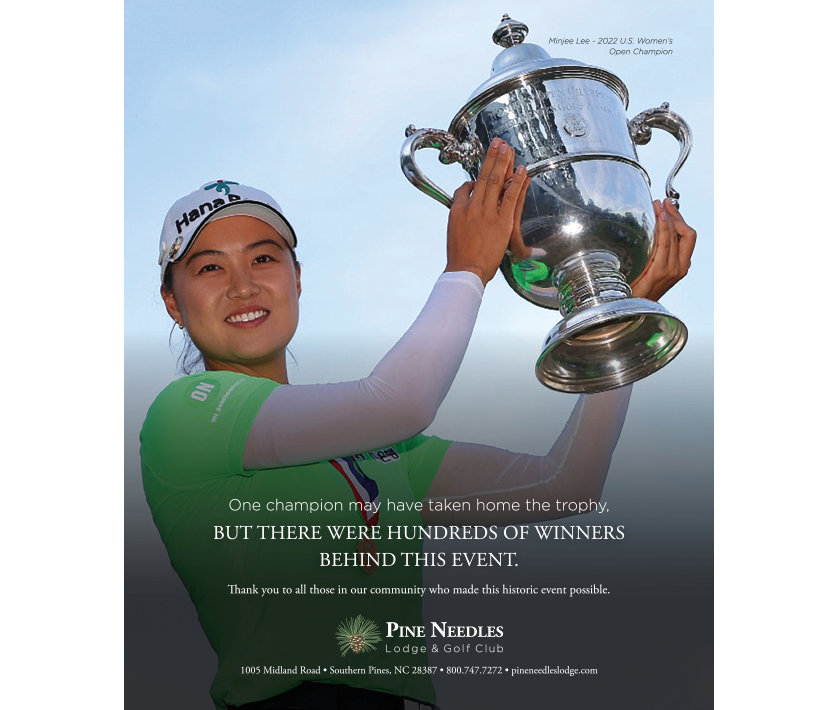 When the 2022 U.S. Women’s Open was hosted at the historic Pine Needles Lodge & Golf Club in June, it took a Village to pull off the national event. Our client, Pine Needles, wanted to thank everyone who made it happen – staff, volunteers, partners, players and officials. So we created some heart felt messaging.